How to Leapfrog Legacy Complexity with a Modern API Integration Strategy

[Originally published by Jason Bloomberg in Brain Blog, Intellyx, May 1, 2017]

In the race to digitally transform themselves into agile, customer-driven businesses, enterprises are struggling with the diversity of technology in place in their IT shops – in particular, between the traditional categorizations of front-office, customer-facing technology and the back-office gear that keeps the organization up and running. 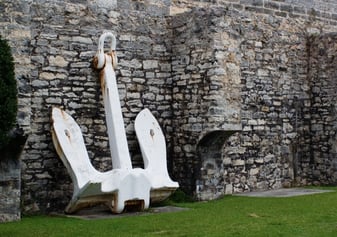 With API integration, existing IT investments are no longer legacy ‘boat anchors’

At some point on their digital journey, however, IT executives eventually come to an essential realization: in digitally transformed organizations, there is no back-office any longer.

Don’t misunderstand us: the various systems of record, workhorse enterprise apps, and the venerable systems that run them still remain for the most part.

What’s changed: every IT system and application, regardless of its function, is becoming part of the front office – because digital transformation requires the IT organization to focus on the customer end-to-end.

The most challenging aspect of any enterprise’s strategic digital transformation initiatives is what to do with all that back-office, ‘legacy’ technology – ‘legacy’ in quotes because such technology can be quite diverse, and in many cases, isn’t even particularly old.

In spite of the pejorative ‘legacy’ moniker, many such systems are still quite modern. After all, the IBM System z Mainframes continue to support many of the largest corporations and governments in this world with the latest generation of digital technologies.

Many organizations, however, aren’t so lucky. Their legacy consists of older applications and/or older systems, where the source code for still mission-critical apps is lost, or perhaps simply because no one knows how they work anymore.

More often than not, ripping and replacing such technology is too risky and expensive. What CIOs need is a way to extend the value of such systems while leapfrogging their complexity – bringing them into the modern, digital era in a low-risk, high-velocity manner.

The secret to bringing back-office, legacy apps into the modern front-office digital context is to expose them with application programming interfaces (APIs) – giving them proverbial bumps on the LEGO blocks that empower the IT organization to plug them in wherever necessary.

SOA did show some value to be sure, but it took longer and cost more than people expected, and the resulting Web Services – precursors to modern APIs – weren’t nearly as plug-and-play as everybody had hoped they would be.

Fortunately, modern, RESTful APIs are a dramatic improvement over the Web Services of the SOA days. They are lighter weight, easier to work with, and far more compatible with diverse technologies than Web Services ever were.

IT managers who struggled to expose legacy assets as Web Services back in the day, however, are justifiably skeptical about all the talk of RESTful APIs. After all, it typically took months to build a single Web Service, and the result was a temperamental beast that spoke nothing but complex XML.

OpenLegacy’s API Integration Platform has solved this problem. OpenLegacy automatically extracts service metadata, business logic, and other information from a range of different types of legacy systems and puts them into an editable format, without requiring any changes in the legacy environment.

Integration specialists can use OpenLegacy to expose an application or business process as one or more APIs in minutes, as opposed to the weeks it used to take. Furthermore, for organizations who have SOA in place, OpenLegacy’s APIs fit right into the existing service framework.

However, OpenLegacy doesn’t require SOA, or Enterprise Service Buses (ESBs) for that matter, either. As a result, enterprises who are implementing a cloud-first integration strategy will find that OpenLegacy’s API integration is an ideal approach for incorporating legacy assets into a cloud-centric world, independent of SOA.

When it’s possible to expose legacy applications and data as APIs, especially as rapidly as OpenLegacy makes possible, then such assets can support front-office requirements as well as any modern application might.

The strategic benefit of such an API strategy is increased business agility, as digital teams can now leverage legacy assets dynamically in both cloud and on-premises environments. Furthermore, they can integrate them with modern enterprise services as diverse as Salesforce and ServiceNow as well as modern infrastructure like containers and microservices.

When you compare API integration to traditional approaches to legacy integration, the contrast is profound. Fast, flexible, and modern replace slow, inflexible, and expensive. You no longer have to consider ‘legacy’ IT to be a cost center that is more of a liability than an asset.

Make no mistake – enterprises undergoing digital transformation simply cannot afford to treat their existing IT investments as a liability, or they will succumb to nimbler competitors who are not burdened with such a legacy ‘boat anchor.’

The secret to remaining competitive in such an environment is to properly transform legacy IT to support digital priorities. API integration and management are the key to such transformation.

Copyright © Intellyx LLC. OpenLegacy and ServiceNow are an Intellyx clients. At the time of writing, none of the other organizations mentioned in this article are Intellyx clients. Intellyx retains full editorial control over the content of this paper. Image credit: Geoff Stearns.