Until very recently, 2008, to be specific, British Bank Managers were almost divine in their approval and authorization abilities. Think of the Bank scene in Mary Poppins. 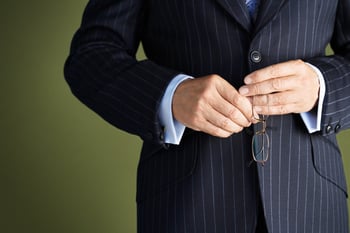 On the other hand, the Handbook allowed start-up fintechs and banks to build service platforms and applications that were natively compliant. This gave greater access to financial products, improved structure of the information, data, and services available to all partners in the Financial ecosystem – banks and other financial institutions, realtors, solicitors, and customers, and better efficiencies of processes thanks to detailed definitions.

Interestingly, many early fintechs chose the pure technology route and developed highly automated applications for specific purposes such as payments, transfers, and other straightforward transactions. Fairly quickly, though, these companies reached a growth limit and had to invest ever-increasing resources into drumming up new customers and revenue. The online leads were simply not enough.

One company realized that, at least in the Mortgage market, the role of the human adviser actually increased in importance. The complexity of the FCA handbook required a great deal of interpretation. And the customer simply was not equipped with the knowledge, experience, and skill set needed to make the best decisions in the single largest investment they would ever make.

Not surprisingly, they found that 'the relationship', the trust between all the partners in the transaction, was built almost entirely on human interactions. Like the bank manager of the 20th century, the financial adviser is the customer's trusted adviser, but the regulatory framework that came out of the Financial Service Act allows them very little authority to do things differently. Nevertheless, the advantage that benefited those with technology that enhanced the mortgage advisory process, rather than applications that replaced the human adviser, was quickly obvious.

I want to present a slightly disruptive idea – over time, this closed community of professional partners will regain many of the Bank Manager's powers, which will not be available to pure technology solutions. Follow me here.

These partners - advisers, banks, accountants, realtors, solicitors, and customers – will build human relationships over time. The shared experience will lead to efficiencies only achieved by synergy.

The shared experience will become a collective and long-term 'memory' that can 'store' legacy data in an environment with stringent privacy regulations.

These two abilities map marvelously well to the "I know someone, let me make a call" and "I've known your family for years. I know you're good for the loan" of yesteryear.

And we have a Bank Manager. Fun, no?