Microservices—The Intersection of DevOps and Legacy IT

Your legacy IT infrastructure isn’t going anywhere. You need a bridge between modern DevOps and legacy systems—and that’s where microservices can help.

There’s no arguing the fact that agile workflows and DevOps processes are key pieces of digital transformation success. So much so that the market for DevOps tools and solutions will be worth nearly $13 billion by 2025. 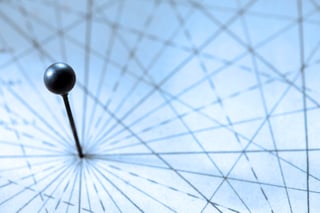 But the conversation isn’t as simple as just deciding to shift from traditional, waterfall-based development processes to DevOps. While digital natives and startups can make black-and-white decisions to embrace DevOps, well-established enterprises have more complicated decisions to make.

As much as you want to get the most from DevOps, complex and monolithic legacy systems will hold you back. However, maintaining the backend status quo will quickly catch up to you as competitors increase the pace of innovation.

DevOps and Legacy IT Must Coexist

Your legacy systems have evolved over decades. What started out as a system with one purpose grew to integrate with additional enterprise applications and feed into other aspects of business logic. And, as a result, you now have multiple highly-interconnected systems that keep your business running.

Unfortunately, the monolithic legacy architecture has created widespread dependencies between systems. When you decide to update one system based on user feedback, you have to take the time to recode and test for stability in other systems. The stability of these systems is a major advantage for enterprise operations—but these dependencies stand in stark contrast to DevOps principles.

In some ways, the rise of agile workflows and DevOps have made legacy a negative term for businesses. Some advice would have you start planning for a complete migration from legacy IT to more modern architecture. And while that may be a long-term concern, the reality for the foreseeable future is that legacy IT will coexist with more agile operations.

Replacing your decades-old backend systems just isn’t a viable option. It’s an expensive process that could drag on for over a year.

Rather than trying to find a way to take an “all or nothing” approach to DevOps, microservices can help you bridge the gap and provide access to legacy data in agile projects.

Why Microservices Are the Intersection of DevOps and Legacy IT

The key to digital transformation success is finding ways to access the mission-critical data stored on legacy systems and putting it to work in agile projects.

There was a time when service-oriented architectures (SOA) promised to do just that. But instead, they added another layer of complexity that has hindered DevOps. Microservices, on the other hand, bypass the complex mesh of interconnected subsystems that makes up your SOA and gains direct access to the data points in legacy systems.

Leveraging microservices as the intersection of DevOps and legacy IT offers benefits such as:

In many cases, discussions about monoliths and microservices focus on choosing one or the other. Disruptive startups will tout the benefits of building products and services on the back of microservices architecture. But as you implement DevOps—either for an application portfolio or across your whole business—you can’t leave legacy systems behind.

Don’t just look at the benefits of microservices and start implementing them in a vacuum. With the right APIs overlaying your microservices, legacy systems become “just another data source” for your agile workflows.

That’s why microservices aren’t just a modern way to build a backend architecture. They’re the true intersection of DevOps and legacy IT.

If you’re ready to bring agile methodologies to your monolithic legacy systems, we can help.

and learn everything you need to know about leveraging legacy systems at the speed of DevOps.