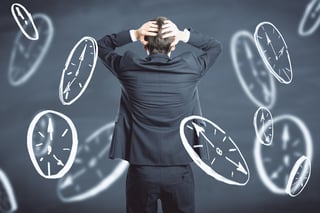 In 2017, the digital transformation exited beta. Companies are ending their small-scale pilot programs and are beginning to put serious money behind their efforts to transform. The fact that these experiments are conducted in public (and at a large scale) means that it’s easy to see who the leaders are. It also makes it easy to judge the failures. What tactics have failed, who are the leaders, and what’s next in 2018?

Digital Transformation and the Lessons Learned from Failure

The big reason that so many industries – not just financial services – have begun to pursue digital transformation programs is that the rewards are so fruitful, even though the risks are high. Financial services companies will be able to compete in areas previously cornered by Fintechs. Retailers will be able to offer online storefronts, and all types of traditional companies will be able to push into areas previously cornered by venture-backed startups. Imagine a taxi company trying to stem the tide against Uber by inaugurating its digital ride-hailing service, and you’ll begin to understand the appeal.

So, what are the lessons learned from a year spent digitally transforming?

Speaking of planning to succeed - it’s also worth asking how to emulate the leaders of the pack. What were the most successful digitally transformed financial services companies doing in 2017, and what will they do next year?

Microservices lets you fail quickly and iteratively, without having to eat the sunk cost of a massive upfront investment. We’ve already seen banks like Fidor take this approach, creating open APIs based on the microservices architecture well ahead of the pack back in 2015. They’ve spun this approach into an entire community of partners who use their marketplace to power services such as mineral exploitation and currency trading – each partner representing a new and unique revenue stream.

To learn more about real-world banking success with digital banking APIs in a microservices architecture, see how OpenLegacy helped a bank implement six key global APIs and microservices in just six weeks – reversing course on a project where 200 developers had stalled for over a year.