Banks aren’t blind to the way the economy is changing. The marketplace demands new features from popular applications at a faster pace than ever before. In response, banks are attempting to accelerate their open banking projects. Banks that can’t respond quickly have already begun to wither, but simply accelerating new APIs into production is no guarantee of success. 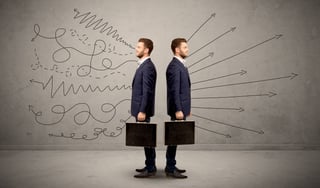 One of the biggest problems facing banks in the digital era is that there’s a financial ecosystem developing in which banks no longer represent infrastructure. There are countless examples of applications where users can purchase services and pay each other without any direct involvement from a bank.

In this situation, part of the upside of an open banking API strategy is that banks can re-insert themselves into the transaction loop. In fact, banks and other traditional industries have an amazing opportunity to use APIs to regain relevance via customer interaction. A good example of one company that has succeeded in this manner is Walgreens.

Back in 2012, Walgreens saw that the traditional photo printing business had been completely subsumed by social media. They also noticed, however, that in spite of the success of various photo sharing applications, it was still difficult for people to print out their photos. In response, Walgreens created their QuickPrints API. This lets developers add functionality to their applications whereby customers can print their digital photos at a Walgreens kiosk with a single click.

This interaction didn’t just boost convenience for the users of various photo applications – it drove foot traffic into Walgreens locations, converting photo app users into Walgreens customers. Since then, the retail giant has launched additional APIs for prescription refills, fitness trackers, and more. Walgreens represents a great example of how a traditional company, was able to drive customer interaction and gain new customers through its use of an API strategy. Can banks do the same?

Another reason why Walgreens developed a successful API strategy? They successfully anticipated the fact that customers would still need an easy way to print photos. Anticipating customer need is another cornerstone of API strategy, and it’s something that banks need to improve upon. A recent survey by Capgemini shows that 50% of millennials think that they’ll probably switch banks within the next six months.

To stem the tide, traditional banks need to anticipate what customers want and then execute rapidly. Another good example of this is the collaboration between Telefonica Germany, an incumbent bank, and Fidor, a FinTech startup.

Last summer, the collaborative effort between Fidor and Telefonica Germany was launched as O2 banking, a first-of-its-kind mobile bank account that requires only a phone number to do business. The app connects users directly to tellers and support personnel via video chat, and can even provide small-scale loans.

In this example, Telefonica knew that the customer market was generating a requirement for mobile-only bank accounts. By proactively partnering with Fidor, which had the technological expertise to handle this project, they were able to take advantage of an Open API partnership and generate a massive first-to-market advantage.

Lastly, innovation means nothing if it leads to a dead end. Legacy technology, after all, is more or less the culprit behind the trouble that banks find themselves in today. Banks can’t go to the trouble and expense of replacing applications from the 1980s only to find, another 40 years down the line, that they’re still using applications that were built in 2017.

What are some techniques that ensure that your backend will continue to provide value?

One way might be to consider deploying your new open API strategy as part of a microservices architecture. This entails a specific rule set that lets developers update and replace APIs with unprecedented speed. Some rules of microservices include:

Many millennials plan to switch banks very soon – could yours be next? A correctly implemented open banking strategy based on APIs and microservices can supercharge your ability to deliver solutions that will forestall customer churn.

Learn more about a major financial services organization that improved their performance by 70x after delivering their first API within just a few hours. If this sounds like an advantage that your company could use,