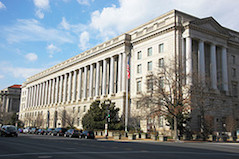 Any IT professional that has ever tried to modernize a government’s mainframe or legacy data store has inevitably faltered at the integration point. The complicated middleware schemes of the past rarely lived up to their promises and typically led to cost overruns, missed delivery dates and in extreme cases – total project failure. When the “M word” is mentioned, anyone who’s been around mainframes for a while has a story.

Perhaps the most prominent example is the IRS attempt to modernize its Master File with the taxpaying histories of 227 million individuals and corporations. From the start, the project stumbled, running into serious delays and cost overruns - a situation that naturally creates a lot of bad blood on both sides. After years of finger pointing, the true problem finally came to light: a critical (and naturally complicated) piece of middleware for balance, control and reconciliation was missing. Without it, the data processed by new Customer Account Data Engine wasn’t being updated in the Master File. Three years after the initial start date, the $8 billion project was finally completed.

Stories like these have started to fade into legend. APIs (Application Program Interface) have completely revolutionized the integration piece of today’s modernization efforts. They offer a next-gen solution to the complex integration schemes of the past by providing direct access to the individual data point, green screens and functionality of legacy systems. Open source programmers, mobile app developers and cloud systems can use these APIs to easily leverage the stability of legacy systems in today’s more ubiquitous computing paradigms.

If you’re looking for a good proof of concept model, consider the Airport Authority whose legacy workforce management solutions were not compatible with today’s mobile browsers. Developers leveraged APIs to build a dedicated mobile app for managing employee shifts for security officers - a solution that significantly increased productivity in the department. By using this approach, the Airport Authority developed and launched the solution in just one week. While this undertaking is nowhere near the scale of the IRS project, it clearly demonstrates the efficiency of the API-based approach to integration.

Luckily for today’s government agencies, information technology has finally evolved to the point where there are no barriers between systems – no matter how many generations separate one from another. Smart organizations are now seeing integration in a whole new light – one that provides a clear path to mobile, web and cloud computing paradigms without a costly rewrite, repurchase or replatforming effort.