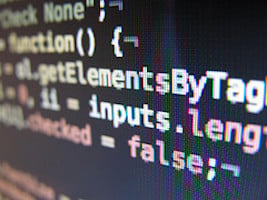 If you work on legacy modernization projects, you may have come to view PHP and Java as the mortal enemies of the programming world. Nothing could be further from the truth.

Why does this need to be said outright? Because, these days, the entrenched arguments against this idea are getting all the air time:

And so on. It’s all very black and white.

Rather than sit around debating the merits of one language over another, the better question to ask is: How can we optimize functionality and the flow of data — across different applications and environments — to ensure that business services hit performance targets?

Once you ask this, you can start to see the strategic benefit of finding new ways to link isolated technical domains. As your tool belt becomes more equipped, your organization becomes more powerful, more flexible, and, ultimately, more successful. According to Brand Maestro:

Often there are huge arguments between developers working specifically in Java or PHP about how one language is superior to the other. The arguments often get heated but the fact of the matter is that they are structurally different and mutually inclusive. Their way of operation is quite different and the task that must be accomplished, the goals, context and ongoing custom web application development plan determine which one will fit where.

If each language offers different strengths, why wouldn’t an organization want to embrace both of them? The idea of inclusivity will empower organizations to take full advantage of legacy systems of all kinds — IBM mainframe COBOL applications, x86-based single-purpose servers, etc. — as they transition their services to Web, mobile, and cloud platforms. Instead of rip-and-replace, they can adopt a link-and-leverage approach as the philosophy of choice.

Now, it might seem at first that all this isn’t directly connected to the PHP/Java wars — both of those languages being current and popular…

But it is! If your organization has a significant body of work in either language and would now like to explore or add the power of the other, wouldn’t it be great if you had an easy, yet powerful way to integrate them?

With an IT environment that encompasses both PHP- and Java-based solutions, engineers won’t need to translate or reinvent coding to continue with production. Not only do these environments exist, but they ensure that neither development framework will be threatened. They also create an optimized pipeline of data and functionality from one language to the other.

Through this approach, both specialists in Java and specialists in PHP can continue to do what they do best — and each of their outputs can be expected to function as intended.

Organizations: stop confining yourself to one camp or the other when you can mix and match. In many cases, this will even accelerate the time-to-rollout – and help the organization to get a leg up on the competition.