The Fast Approach to Enterprise Modernization - When Less is More 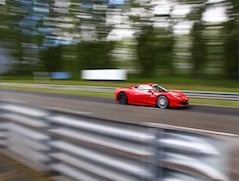 In any situation of panic, the knee-jerk response is almost always to “do something!” Today, many CIOs are feeling a strong sense of panic around the perceived need to modernize their legacy systems. For them, the “do something!” response equates to embarking on a total system redesign; projects that require months or years to complete and millions of dollars.

Is the right response? Should CIOs make decisions like this simply for the sake of new technology? Do they really need to ditch a legacy system that has been serving the organization reliably for decades in the name of delivering a “cutting edge” solution? Of course not. Ultimately, the role of the CIO is to align information technology with business strategies, and for that reason, they should take a “less is more” approach to modernization, creating the fast approach to enterprise modernization.

While the execution of this approach will be different for every enterprise, there are a few common elements or themes worth noting in the event that you are considering a more reasonable approach to modernization. First, leave the back end alone – it’s highly reliable. By taking the backend out of the equation, you can focus on front end software instead, just like those organizations that have migrated to virtual environments. Then switch develop business critical applications using open source languages that leverage APIs to connect directly to legacy systems.

Not only is this approach obviously faster and less expensive, it’s also more successful. You can be up and running in days, without committing to anything. As proof, here are a few recent examples of organizations that decided to take the opposite approach:

This is not meant to be a knock on any one company or vendor. It’s simply meant to highlight the cost of doing something elaborate and getting it wrong.

If you are interested in a “less is more” approach to modernization, be sure to contact us for a free consultation.
[hs_form id="0"]